top of page
This site was designed with the
.com
website builder. Create your website today.Start Now

"When a perfectionist ad exec experiences a romantic setback, she embarks on a journey of self-discovery that begins with a dramatic hair makeover (Netflix)."

I’ll be honest and admit that I wasn’t initially excited to see Sanaa Lathan as the leading lady in a film about a Black woman’s natural hair journey. The favorite actress of my childhood is still on my watch list after allegedly biting Beyoncé. But after seeing the film, I think this is her best performance yet. I believe it is important to support this film for many reasons. One of the reasons being representation. The experience of "going natural" often makes us feel completely vulnerable, alone, and unsure. Seeing that unfold on screen makes me feel seen and heard. I wish a movie like this was around when I was freaking out after "the big chop." There are certainly things that would've made the movie better, at the very least more realistic. I’ve compiled a list of five fails and five things that saved the movie "Nappily Ever After." If you haven’t seen the film, currently on Netflix, please stop reading this. There are many spoilers below. Fail: Sanaa Lathan's Two Minute "Ugly Phase"

“The Ugly Phase” is a time that most naturals can attest is the hardest part of the natural hair journey. It’s that time period where you regret your decision to be natural, your TWA has a mind of its own, and superficial people in your life reveal their opinions on the new you. In the film, Violet's ugly phase lasted all but two minutes (to be fair, it may have been ten). It’s also a tad disappointing that her character was written as someone who is educated, has a well paying job, and a ton of other resources. It almost made her transition comical when in reality, there are people who have lost jobs, potential suitors, or support in general because of their decision to go natural. It would’ve been nice to see this story from the perspective of the everyday woman. At the very least, it would’ve been nice to see someone who doesn’t meet cultural standards of beauty and success in EVERY other aspect of their lives. Let’s just be honest, her fro wasn’t exactly 4c when it grew back, making the title “Nappily Ever After” feel misused.

Save: Emotional Growth is Still Prevalent

Even though her physical transformation didn’t stand out as much as it should have, her emotional transformation was iconic. She went from being afraid of the rain to being the black mermaid she’d long to be. It was poetic. I struggle with how realistic it may have been, but what the heck; it's a movie, right?

Fail: The Boyfriend was Right

I was watched the epic breakup scene waiting for him to be wrong. Low key, he was right. I assumed they had been together for many years based on her reaction to not getting engaged. But two years? Sis, c'mon. He was also right about his criticism. He didn’t know her because she didn’t know herself yet. Marriage is not the answer for everything. I think her imperfections were supposed to be obvious. But it made it more difficult to feel sorry for her knowing a potentially good guy was just thrown out of the home they shared because he didn't pop the question when she wanted him to.

Save: WAIT, He was Problematic Too

I was going to be annoyed if he was just the perfect guy with no flaws. The rainbow waiting for her after the storm. Or if they made it seem like men are all supportive of the natural hair transition. Clint turning out to be a bit controlling and belittling made it all feel more realistic. People absolutely treat you and view you differently when your looks change. The trophy archetype he accused her of being was what drew him to her. Great choice to include that subtle “can you do something with your hair?” It’s not so subtle to us.

There is a scene in the movie when Will, played by Lyriq Bent, talks about his work as a salon owner/stylist and said something along the lines of “changing the world one head at a time.” I ALMOST BARFED!!!! I’ve been team natural since I did the big chop eight years ago, but I have never nor will I ever preach conformity in beauty standards as a method of activism. We should be free to choose how we look. And while there are risks to relaxers, people should not be shamed while on their journey to self love. He was giving me major hotep red flags. Save: Self as Love Interest

The ending was perfection. It leaves the viewers guessing what will happen next. She’s excelling at work, puttin' on friends, and walking confidently. Her nappily ever after is not defined by a relationship which challenges the viewers to think about how we determine confidence. If it would’ve ended any other way, the message about self love would’ve been lost. Is our natural hair only beautiful when a man validates that? For Violet, the answer was "nah."

Fail: Black Mama (and all her dramatic glory)

Lynn Whitfield plays the same character in every movie. And I live for it! I did feel as though some of her responses were a little over the top. Showing up at her daughters house unannounced in the middle of the night and fainting when she cut her hair were a little much even for Aunt Lynn. If this were about an 18 year old, okay maybe. But Violet was full grown. I couldn’t tell if the main character and her mother were supposed to have poor boundaries or if her character had some poor writing choices. Save: Mama Gets her Moment

But! Mama had a moment of happiness at the end. I literally let out a sigh of relief. Their dynamic was extremely stressful to watch. And while Violet's black mermaid moment was tied to her mother failing to teach her self love, it was nice to know that even she could have a change of heart and be worry free about her hair, judgement, shame, etc.

Fail: What about Your Friends?

I wasn't moved at all by her friends. On the one hand, it’s true when you get older, your girlfriends aren’t as involved . However, why didn’t her natural friend help her out when she was struggling? I kept waiting for a monologue about her natural hair journey that would’ve inspired Violet to keep the new look. SN: that would’ve been better and less cringe worthy than the mistaken for cancer survivor detour. Save: Motherly Love

Oh the irony!! While many of Violet's issues come from her mom, the healthiest and potentially most important friendship in the film is between Violet and Zoe, played by Daria Johns. What starts out as a case of “you tried the wrong li'l kid today,” blossoms into a friendship where Violet acts as a mother figure. It’s perfect. It puts an emphasis on what Violet needed as a child and didn’t get from her own mother. It also gave her an opportunity to apologize for her behavior towards Zoe and her self expression. It takes a strong person to apologize for something you were taught and never received and apology for yourself. We need that so much as Black folk from our elders.

What were your thoughts on the movie?

Check back soon
Once posts are published, you’ll see them here. 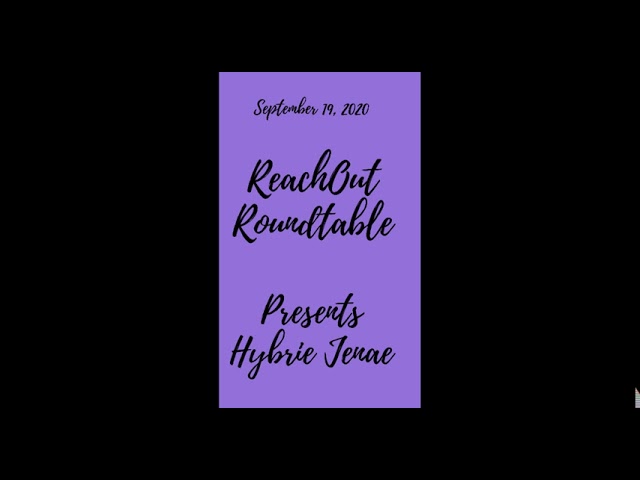 Spirits of St. Louis: A Tour to Die For

My Nerves are Bad: What I've Learned about Black Mental Health

Reflections on A Wrinkle in Time

The Millennial's Guide to Surviving the Holidays

The Tale of the Seamstress that Bled on My Wedding Dress